In 1913, the State Legislature created the Office of State Superintendent of Weights and Measures to oversee the development of specifications and tolerances for weighing and measuring devices, the accuracy of such devices used in commerce, inspection of railroad track scales, and weights and measures used in State hospitals and prisons.

Inspecting railroad track scales was an important task because railroad tariffs for hauling were based on the weight or measurement of the commodity. Railroad test cars containing 80,000 pounds of known test weights were provided by the National Bureau of Standards (now known as the National Institute of Standards and Technology). In 1920, 52.4% of railroad scales tested were found to be out of tolerance; but in 1921, of sixteen scales tested all were found to be in tolerance; thereby assuring fairness in weighing to farmers and producers. 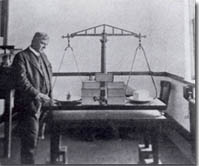 County officials became active in assisting the State by inspecting, adjusting, and sealing weighing apparatus. Faulty weighing devices were confiscated or corrected. Net container legislation enacted in 1913 safeguarded the public against deception such as using false bottom and solid glass bottom bottles. It provided for the labeling of net quantity of foodstuffs or medicine when offered for sale in containers.

The 1915 Weighmaster Act provided for the licensing and oversight of individuals and companies engaging in the business of public weighing for hire and issuing weight or measure certificates upon which the purchase or sale of bulk commodities was based.

The 1919 Hay Baling Act ensured accuracy in the sale of hay, providing for the testing of scales used by hay balers and the recording of net weight of the sale. It also prevented dirt, rock or other debris from being included in the sale price of baled hay.

The Gasoline and Oil Substitution Act of 1931 protected the motoring public from the misrepresentation of gasoline, gasoline products and lubricating oil. A lab for testing gas and oil was also created. 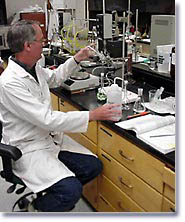 In 1972 the Bureau of Weights and Measures was again reorganized as a division and renamed the Division of Measurement Standards.

They also test the quality of automotive products such as gasoline, diesel fuel, motor oil, and brake fluid. Because of the inspections and investigations conducted by weights and measures officials, consumers can have confidence when shopping.

The primary functions carried out by the Division of Measurement Standards are ensuring fair and honest competition for industry and accurate value comparison for consumers.