The Algodones Sand Dunes represent the largest sand dune system in California and the habitat is home to a number of endemic plants and animals. These dunes are also a popular destination for numerous people for recreation, camping and off-road vehicle activities. The Bureau of Land Management oversees this area and is currently circulating a new set of alternatives for public commentary regarding future recreation and conservation plans.

The following beetles are endemic to these dunes, and thus are all under some threat unless sufficient natural habitat is preserved. None of these species have ever had photographs available and are presented here to engender appreciation for them. 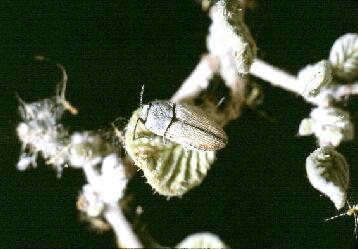 TThe most recently described endemic buprestid from the Algodones, this species is found on the foliage and likely uses Croton wigginsii Wheeler (Euphorbiaceae) as its larval host. This plant is endemic to the Algodones and is also threatened. 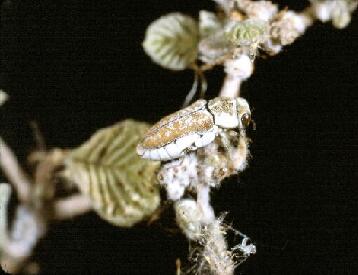 This small (ca. 3 mm length) species is the most significant buprestid found in this habitat, since it represents a monotypic genus, only very distantly related to any other North American species. The nearest related taxa belong to the genus Eudiadora Obenberger, 1924, known only from Argentina.

Despite the rather widespread nature of this adult host plant, the larval host plant remains unknown and the beetle has been collected only in and along the old canal on the west side of the dunes. 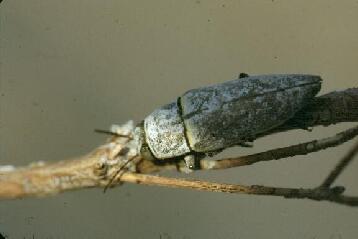 This beautiful species is the largest (up to ca. 24 mm length) buprestid found in the sand dune habitat. When newly emerged the otherwise iridescent red-purple body is covered with a dense covering of white waxy powder, which provides both camouflage when it sits on sun-bleached stems and helps prevent dessication as an insulation layer.

It is associated with the endemic Eriogonum deserticola S. Watson (Polygonaceae). Adults are found resting on the foliage in the early morning hours and it quickly flies when approached as the day heats up. This species with its endemic host association is endemic to the Algodones dunes.