The spotted lanternfly (Lycorma delicatula) (SLF) is an invasive pest, primarily known to feed on tree of heaven (Ailanthus altissima) but has many other host plants, including grape, hop, apple, stone fruit, maple, poplar, walnut, and willow. If allowed to spread in the United States, it could impact the country’s fruit, ornamental, and forest industries. Early detection is critical to prevent economic and ecological losses. The public will play a key role in detecting spotted lanternfly and the success of stopping its spread depends on help from the public to look for and report signs of the pest. The public is encouraged to report any SLF finds to the CDFA Pest Hotline at 1-800-491-1899.

Origin: The spotted lanternfly is an invasive plant hopper that is native to China and likely arrived in North America hidden on goods imported from Asia.

Current Distribution in the United States: The SLF was first detected in Pennsylvania in 2014 and spread in the mid-Atlantic, infesting six states and found in 11. Five states have enacted quarantines and inspections to slow artificial movement of the pest.

How it Spreads: Spotted lanternflies are invasive and can spread rapidly when introduced to new areas. While the insect can walk, jump, or fly short distances, its long-distance spread is facilitated by people who move infested material or items containing egg masses. The spotted lanternfly lays eggs on almost any surface, including vehicles, trailers, outdoor equipment, and patio furniture.

Damage: Both nymphs and adults of spotted lanternfly cause damage when they feed, sucking sap from stems and branches. This can reduce photosynthesis, weaken the plant, and eventually contribute to the plant’s death. In addition, feeding can cause the plant to ooze or weep, resulting in a fermented odor, and the insects themselves excrete large amounts of fluid (honeydew). These fluids promote mold growth and attract other insects.

Learn How to Spot the Spotted Lanternfly 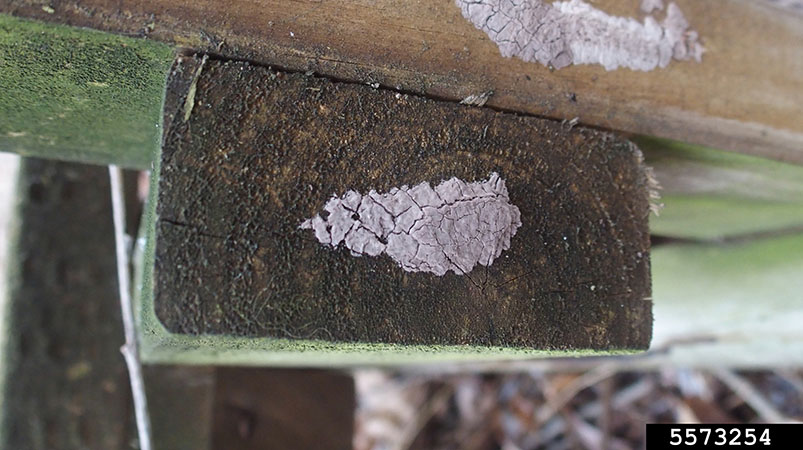