There are two types of leprosis depending on where in the cell the virus is found: If the virus is within the cell’s cytoplasm, then it is C-type and if it is found within the nucleus, then it is N-type. The C-type is considered more aggressive and is more widespread than the N-type. Leprosis is transmitted by several species of flat mites, also known as false spider mites, belonging to the genus Brevipalpus. The disease can only spread if both the virus and mites are present. The Brevipalpus mites feed on the foliage, stems, and fruit, and are widespread in California. All active stages of the Brevipalpus mites can acquire and transmit the viruses, but they do not replicate inside the mites, and they are not transmitted to the mite’s eggs. Leprosis is one of many plant viruses that are transmitted via mites. Leprosis does not spread systemically through the whole plant, but rather appears as discrete lesions in a localized area where the mites feed and the virus viral particles are introduced.

Recent studies have shown that additional viral species can cause N-type leprosis symptoms. Orchid Fleck Virus is in the genus Dichorhavirus and has been found causing leprosis on rough lemon and mandarin orange trees on the Island of Hawai’i. Orchid fleck virus is also transmitted by the flat mite Brevipalpus. Orchid fleck virus is known to be in California on orchids, and the flat mites are widespread on citrus, but citrus leprosis symptoms have not been observed in California.

C-type leprosis is widespread in Mexico, Central and South America, and South Africa, but is not known to be in the United States. Leprosis was found in Florida in the first half of the 20th century where it caused stem lesions and bark scaling symptoms. Leprosis declined in Florida due to tree removal and improvements in mite control, and it was successfully eradicated. The USDA has ongoing surveys and a recovery plan in case the disease is reintroduced. N-type leprosis caused by Orchid fleck virus has been reported in Hawaii and is under eradication.

Leprosis produces symptoms in citrus leaves, stems, and fruits, and these symptoms are variable depending on the citrus variety, and stage of development when infection occurs. Lesions can be chlorotic or necrotic, varying from light yellow to dark brown, and are often circular, solid or ring spots, with diameters ranging a half a centimeter to a centimeter. Lesions are localized at the feeding sites of the mites. Under high temperatures, the centers of leaf spots may tear. Leprosis symptoms follow a common pattern of expanding yellow and brown spots and rings but can be extremely variable among citrus types.

When Brevipalpus mite populations are high and there is a lot of viral spread, leprosis causes dieback and reduction in tree canopy, with leaves and fruit to falling prematurely. Susceptible young plants can be killed. Any level of damage to the fruit drastically reduces its market value, even when internal fruit quality is unchanged. Leprosis is non-systemic and mite control is extremely important to prevent symptom development. 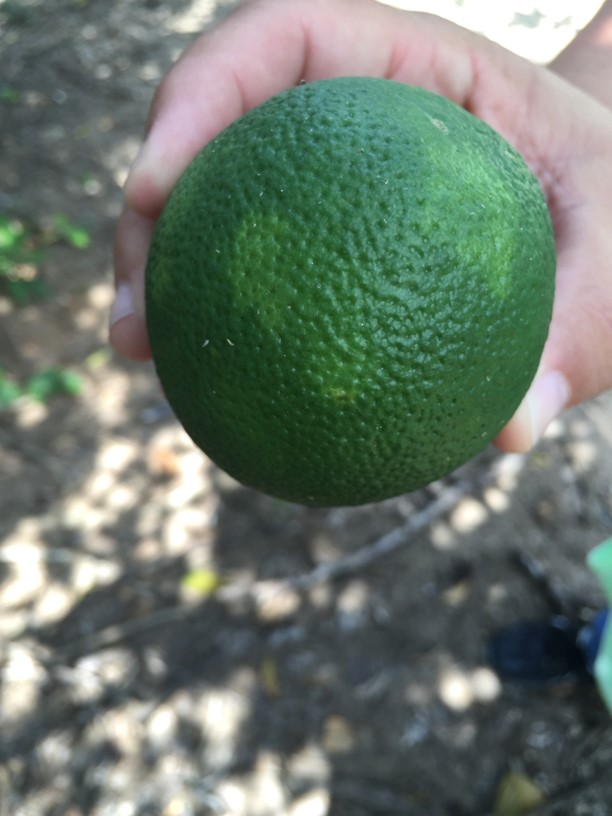 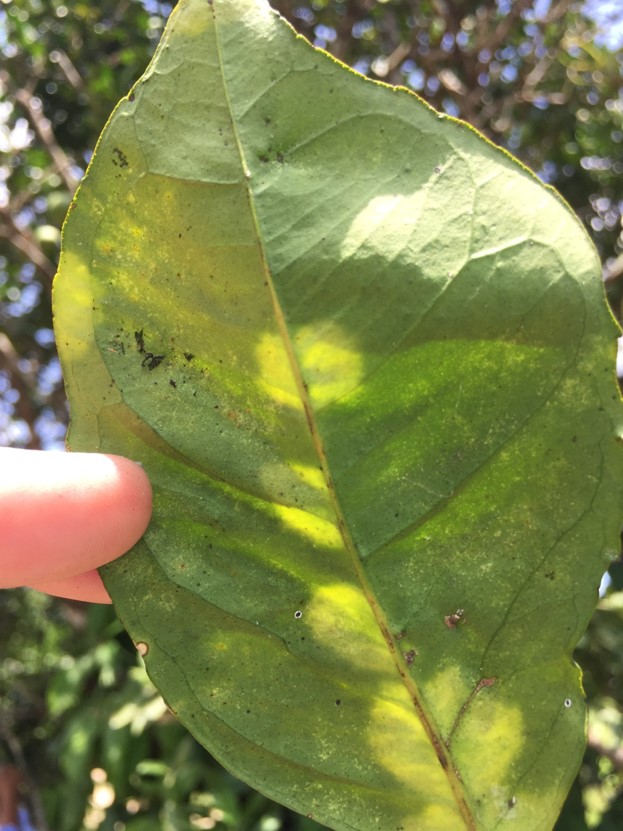 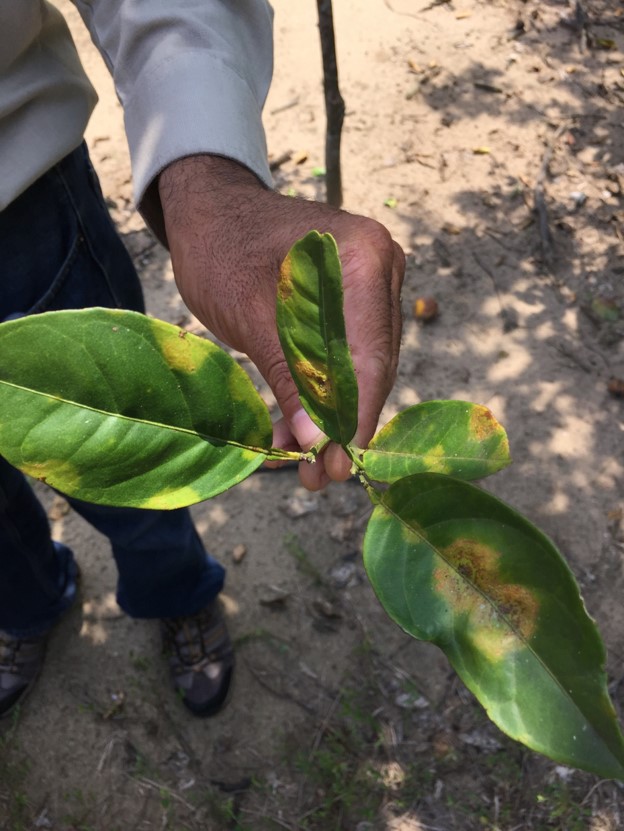 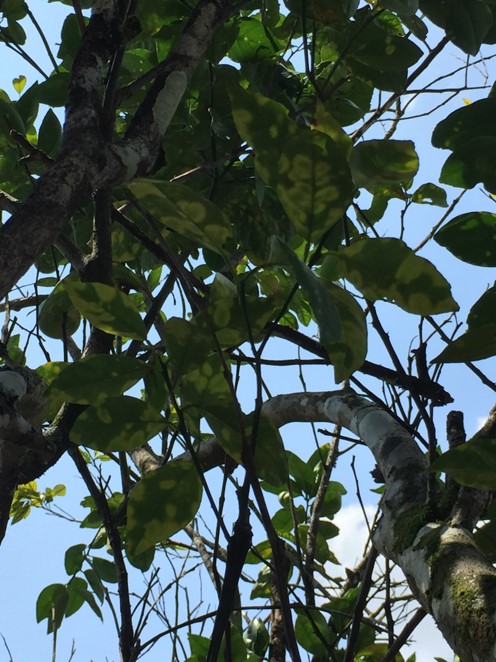 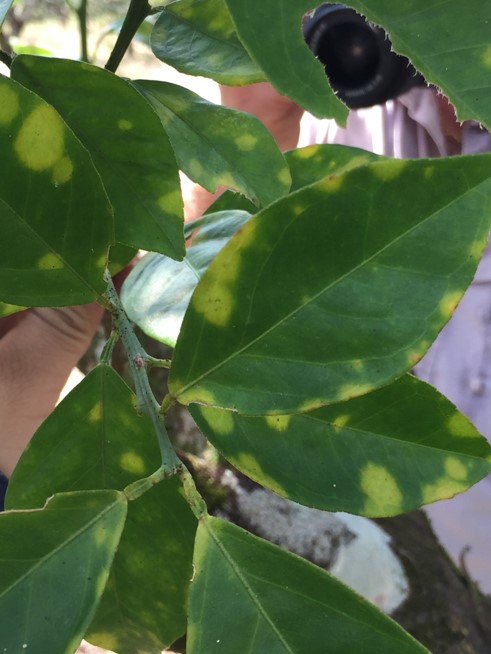 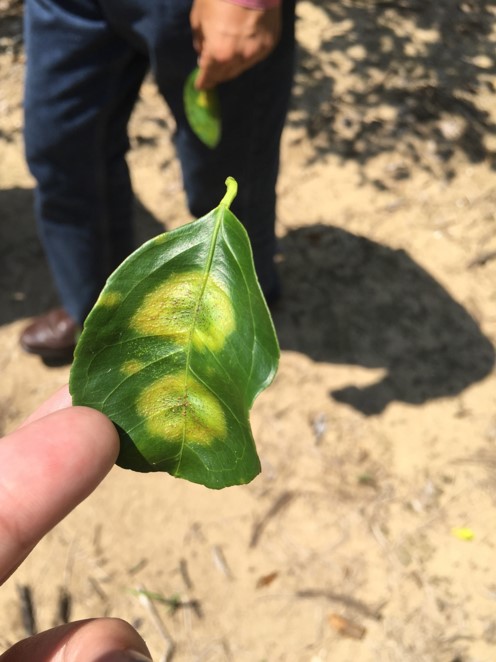 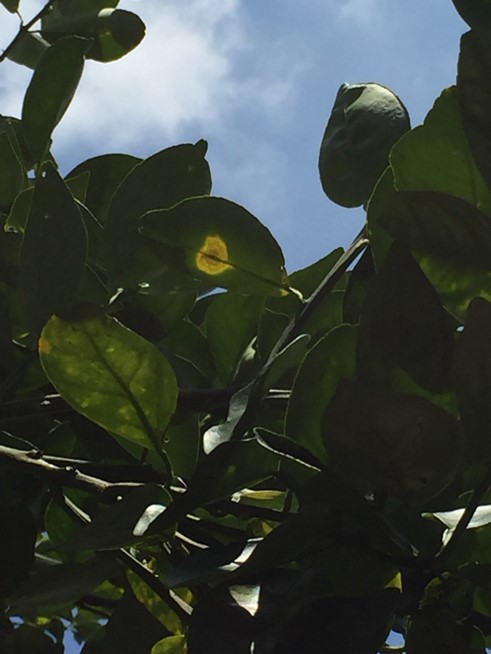 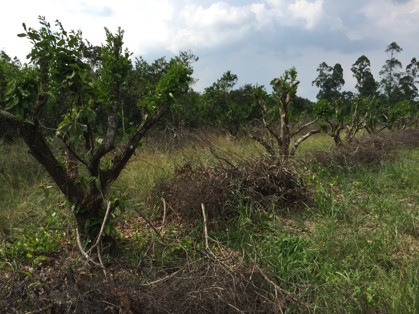 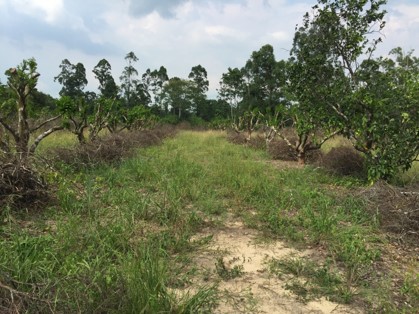 Leprosis causes large economic losses and is the most important viral disease in the Brazilian citrus industry, mainly due to the costs of controlling the mite vectors. Brazil has estimated losses between 20 to 100% of their crops from dieback and premature dropping of fruit. Every year, growers in areas where the disease occurs must suppress the mite populations to prevent viral infections. Leprosis would have a large economic impact on citrus production in California if it becomes established, mainly from reducing the quality of table fruit. It is important to avoid bringing any citrus (as fruit or plants) into California from leprosis-infected areas.